Mantra – The Science of Vibrations (part 1)

What is a Mantra?

Mantra is not the name of a god, a goddess or a person. It is not a sacred word or part of a hymn, nor is it a tool for concentration. Mantras are vehicles for the expansion of the mind and the release of energy. – Swami Satyananda Saraswati –

According to Swami Niranjanananda Saraswati – Mantras are an incomparable gift from the visionaries of India to the world, for in no other culture can such an elaboratesystem of mantras be found.

For thousands of years, our ancestors have worked intensely trying to develop these techniques for the control of the mind. Mantras are the means through which, understanding the connection of one’s life with nature and the Supreme Reality, we can act in accord with nature and make the effort towards the evolution and realization of ourselves ”. “The mantra is defined as” mananat trayate iti manatrah “the power, force or energy through which we are able to free the mind from its obsessions.

Many people see mantras as religious words or try to understand their meaning literally, but in essence the mantra is a sound vibration and in mantra yoga practice, the person needs to identify with the vibration as much as possible. For this reason, mantras are always repeated, not just said once. When the mantra is repeated for a prolonged period and the person merges his awareness in the feeling, the chanting and the pronunciation and begins to identify with the vibrations that he is creating while chanting the mantra, then he/she begins to experience what is called meditative
awareness of the mantra. Achieving this awareness should be the goal of sincere yoga students.

Mantra and the Mind

The mental process is an involuntary process and we cannot suspend it at any time. Even if we can stop thoughts, we cannot stop the process in which the mind works The mind, thought and consciousness maintain their level at all times; we can only create a void, a mental area free of thoughts. But in reality man can never be free from the thought process.

We don’t just think on the conscious plane. When we are extroverted or introverted; there is always a process of movement of thoughts that is invisible, eternal and uninterrupted; which continues behind the mental curtain of the individual. Although we are not able to observe anything at certain moments of the meditative practices; there always remains a constant mental movement. The individual mind is not a homogeneous substance; This mind is a replica of the universal mind, which we can define as being made up of a subtle type of material.

When we talk about controlling the mind, what are we talking about? We can definitely rationalize and channel our emotions, the pattern of our thinking and the structure of our aspirations, ambitions or needs, this is the social mind. But the real mind is invincible and completely untamed. Therefore, intelligent people who want to advance in the spiritual evolutionary world with knowledge and awareness must realize that in order to understand and control the thought process we must delve into the deepest spheres of our mind and that is exactly what mantras serve.

Mantra Shastra is a very ancient and very deep science, if its greatness is understood and practiced correctly, it can give us victory over our lower nature in order to sublimate it and grow as human beings. This science was well known in ancient times. Now, however, people’s faith and understanding in the shastra mantra has diminished, the real knowledge of this practice has been hidden, like many other practices, to preserve this great wisdom with purity. Therefore, in these current times in which mental problems are affecting most of the world’s population, it is necessary to clarify this science for the sake of all spiritual aspirants who want to benefit from these very precise and effective tools to human evolution.

The oldest scriptures of humanity are the Tantra Shastras, after the tantras, the Vedas were born. The shastra mantra comes from the tantras. It was not written like ordinary books are written. The ancient sages had revelations of the mantras in deep moments of meditation, the rishis were able to rise to a very high level of consciousness, transcending material consciousness, in these states they heard cosmic sounds and these were called mantras.

The simple invention and repetition of some syllables in the mind is not a mantra. Now it is fashionable to say that this word or phrase is my mantra. The current distortion of yoga practices has created great confusion in each of its techniques. The repetition of words in any language, no matter how meaningful we want to make it, are not a mantra. When the rishis (seers) and munis (seers who lived in isolation), whose souls had already been purified, established their consciousness at a very high level, beyond the mind, through meditation on the sounds that they perceived.

For example yurveda is described in it as the site of the Agni Chakra (the subtle center for the generation of metabolic powers and thermal energy). That group of energies required for various metabolic and physiological processes has its field of action that begins in the mouth and extends to the stomach. The mechanical role of the mouth and its energy (used in the chewing and swallowing process, for example) in the digestive system is well known. More important is its role related to the vocal cords and, therefore, to the functions of speaking and singing. The power of speech is one of the most important gifts of the human species.
On the gross level, the agni chakra of the mouth performs the initial phase of the digestive mechanism, on the subtle level, it ‘produces’ the voice and aids in pronunciation. On the astral level, it generates divine flows of the currents of “Sabda” (sound of speech) in the individual consciousness. While the first two are well known to most of us, the third and most important role of the oral area is experienced only by the experts of Japa Yoga or mantra repetition – which we can define as the spiritual effort associated with japa and mantra meditation.

The entrance of the mouth is also regarded as a source of divine expression of the sonic energy of multiple Sabda manifestations. The enormous impact of japa yoga is based on this sublime power of the mouth. It is well known that spoken words may well become the cause of a loving relationship or of hatred and hostility. It illustrates the fact that words are not only carriers of
information, but retain and convey the feelings of the speaker. The streams of consciousness of the speaker are endowed in their speech flow with the sonic vibrations produced by the pronunciation of these words. These elements produce ‘conscious effects’ on the destination with which the associated sound waves collide.

While acoustic effects could be studied by physical means, “conscious effects”, which are latent and subliminal in nature, can only be understood and analyzed through a “Sadhana” (spiritual yoga practices).

This series of articles, “Mantra – The Science of Vibrations”, has been written taking as reference different satsangs and articles from the yogamag.net magazine – belonging to Bihar School of Yoga. 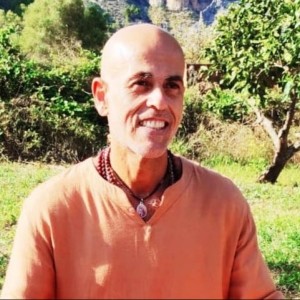